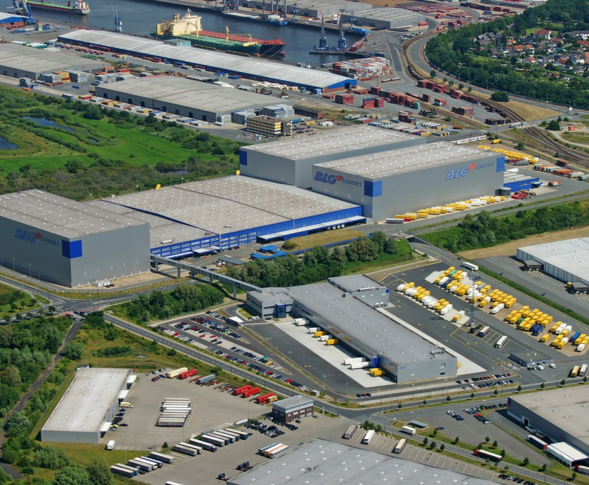 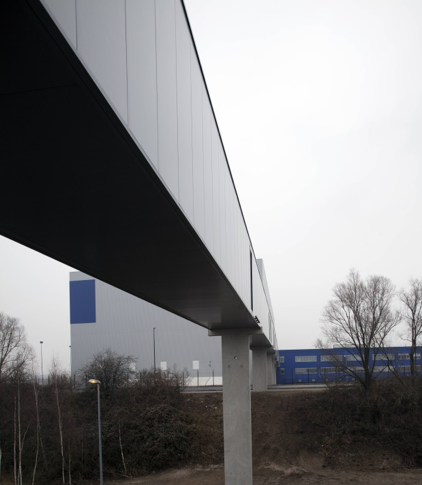 Special features of the building and the building process:
Directly at the Neustädter Hafen in Bremen, the BLG Handelslogistik invested in a 2-storey sorter building and buffer building with a connection to the existing building via a 125 m long conveyor bridge. A highly complex conveyor technology ensures a smooth operation of incoming goods, packaging, order picking and outgoing goods. A total of more than 40 telescopic conveyors and 60 dock levellers are available for loading.

This complex conveyor technology required the highest demands on the structure and the highest precision on the construction tolerance and settlement. Due to the location close to the port, the consideration of the fluctuating groundwater level and the heterogeneous subsoil and the high traffic loads to be absorbed, a floor slab supported on piles was used. All concrete components were planned in WU quality (water resistance).

Particular static challenges:
Due to the necessity of installing the new conveyor bridge on the existing building during operation, the construction had to be considered at an early stage in the planning phase. In addition, the highest demands were placed on the deformation of the building. Using 3D building deformation simulations, taking vertical, horizontal, temperature and column lowering loads into account, an optimal supporting structure was developed that meets the highest demands of plant construction and yet offers the greatest degree of economy.